The Hehn family purchased the home of Luther Judson Price, a former slave who was later appointed postmaster of South Atlanta in 1889.

ATLANTA – An Atlanta couple is creating their dream home while restoring a piece of Atlanta’s history.

The Hehn family purchased the home of Luther Judson Price, a former slave who was later appointed postmaster of South Atlanta in 1889.

The Hehn family has spent the last few years fixing up the house, while bringing new light to the impact the Price family brought to the community, and the surrounding neighborhood. The PBS show “This Old House” has been featuring the Hehn family’s renovation journey.

“When you walk into the house on Gammon Street, you are immediately greeted by the rich history found in these walls.

“And that story links back to when the Prices came to this area. So Luther Judson Price came here, he was enslaved, and he came here, went to school, once he got his business degree he opened the general store down the road, Kysha Hehn tells Good Day Atlanta’s Lindsay Tuman.

Luther Judson and Minnie Price built this home. Price was one of the first graduates of Clark University. In 1889, he was appointed Post Master of South Atlanta, a role in which he served for 25 years. The Prices were well known and respected in the community, and were also known for encouraging people to vote.

Kysha and Jonathan, along with their two children, Alivia Sage and Joia, say they learned a lot about Price’s story as they’ve been working on the home.

“It’s a history that was established during reconstruction, but it’s continued, and it still exists as a vibrant community with a lot of, it’s a close-knit community, it’s a continuous story.” Jonathan Hehn said. 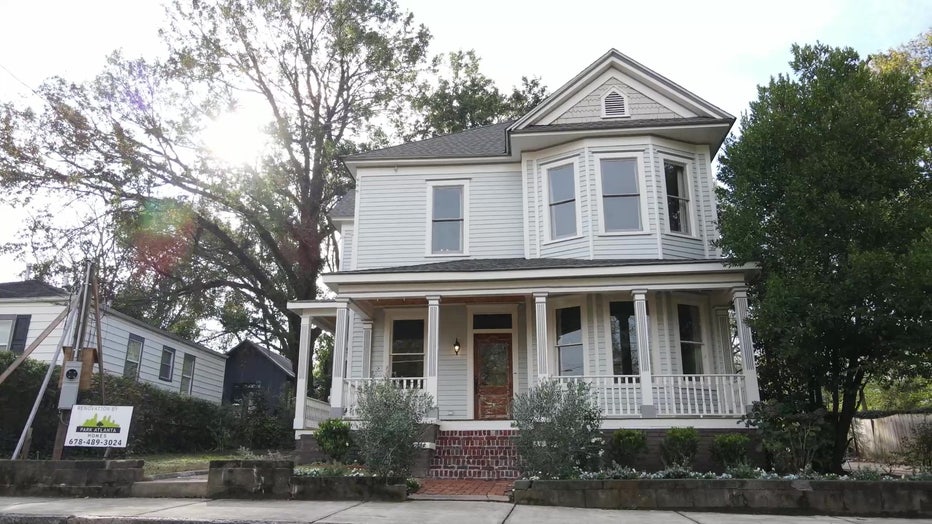 It’s a story they’ve worked to keep front and center, even as they modernize the home. They even put Price’s portraits up in the front room of the home to spark conversation about their impact when people come inside.

“I think the idea of ​​living in a place with so much history, it contextualizes, it makes it real, makes it tangible, and it gives you this sense of continuity that you are walking in the steps that were laid before you,” Kysha Hehn said.

They’ve kept a lot of original features from the home, focusing on incorporating them into the renovations. The built-in shelves, doorways, and staircases are all reminders of the past. The family has also uncovered more of the home’s history along the way, including pieces of the original wallpaper which they then used to help create a new custom wallpaper for the front rooms. They also found newspapers in the walls.

“It became a history lesson also just holding these tangible pieces of the past,” Kysha Hehn said.

As they worked on the home, they say many neighbors and people in the community came by, offering stories and snippets of history. Some even brought gifts, including the mantle piece that was once a part of the home.

“And one of the sweetest visits that we had the opportunity to have, is when the grandson of Luther and Minnie came to visit and I think that was pretty special,” she said. The family still keeps in touch with Price’s grandson.

From when they bought the home, it has come a long way, and now the family is looking ahead at what stories and history they might leave behind themselves.

The Hehns say they hope their home will be a gathering place for the community in the future where they can continue to share the legacy of the Price family and this entire neighborhood.