A curious possum has made a home for itself in the wall of an Australian family’s house.

Adorable footage shows the little critter sticking its nose through a 3cm-wide hole in the wall.

The resident said the marsupial recently moved into their parents’ house but they were trying to remove the cheeky animal.

‘For the record, we’ve got a possum removal person coming this week to hopefully get the little fella out of there,’ they said.

‘Spring is here and the last thing either of us needs is for it to have babies in the walls.’ 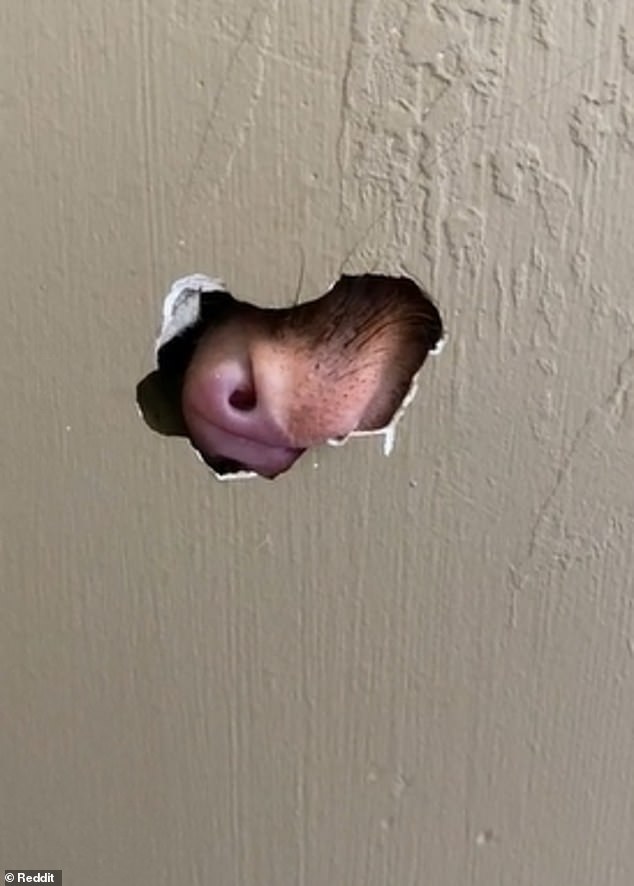 They added a possum box had been built near their home to encourage the animal to move there instead.

The video was shared to Reddit and was flooded with comments from many other Australians admitting they too had a possum move in.

‘In my primary school we had a hole in the roof of one of the toilet blocks, a possum got up there and would stick its little nose out at lunchtime and we would all stand around and feed it fruit,’ one wrote.

‘I love possums, especially the little ringtails, but not in the house. They are too dangerous as they chew electrical wiring and the smell can be quite overwhelming,’ another wrote.

‘My parents house burned down from having a possum in the roof. Chewed through the hot water wiring and when they went for a shower it set the house alight,’ a third comment read.

Others warned possums were very territorial and the marsupial would likely come back to the home. 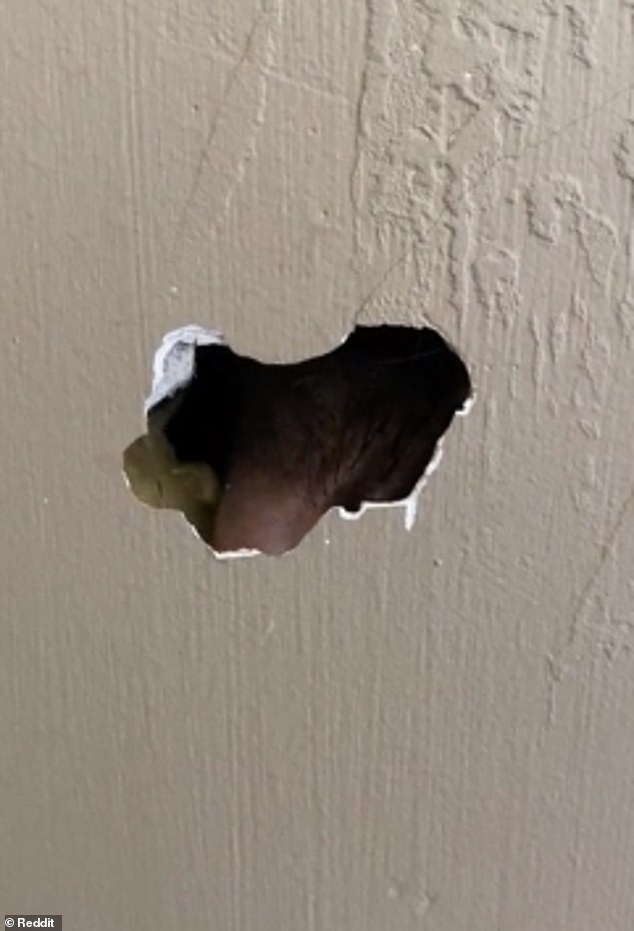