By Calum Muirhead For The Daily Mail

Business leaders lashed out at Kwasi Kwarteng’s mini-Budget after the Chancellor failed to outline plans to reform business rates.

Retail magnate and former Dragons’ Den star Theo Paphitis said he was ‘very disappointed’ rates ‘were yet again not addressed’. He insisted it would have ‘undoubtedly made a much more positive impact on the economy and jobs’ than other reforms in the package.

High Street firms face an £800m rise in business rates next year. The increases are linked to inflation, which is hovering around 40-year highs at 9.9 per cent. 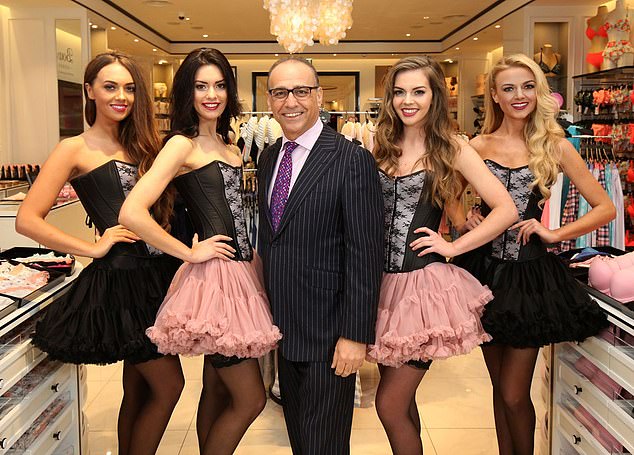 There are concerns that the sector, battered by lockdown measures and now struggling as inflation hits consumer spending, will buckle under the weight of the additional tax burden.

Helen Dickinson, chief executive of the British Retail Consortium, said it was ‘inevitable’ the cost would ‘ultimately be passed through to families in the form of higher prices’, and called on the Government to intervene. She said freezing rates would ‘stimulate investment and will allow retailers to focus on what’s important – keeping prices down’.

Tina McKenzie, policy and advocacy chairman at the Federation of Small Businesses, said reforming rates was ‘the obvious next step to boost growth’ and called for the threshold for small business rate relief to be raised, lifting more out of paying rates entirely.

‘Business rate reform was a 2019 manifesto pledge, so we expect Team Truss to turn to this in the autumn,’ she added.

David Gregory, associate at law firm Charles Russell Speechlys, said the failure was ‘a blow for small businesses who were hoping for additional support’.

Kate Nicholls, chief executive of UK Hospitality, said the Chancellor ‘overlooked two obvious levers’ to make the UK’s tax regime globally competitive – one being reforming business rates and the other cutting VAT. While Kwarteng did announce VAT-free shopping for overseas visitors, Nicholls said a cut for domestic shoppers alongside business rate changes would be a more immediate boost.

‘Our VAT rate is the highest among modern economies, so if we want a globally competitive market, we need lower VAT and an equitable alternative to business rates,’ she said. ‘Without such measures thousands of businesses and many more jobs will be lost.’