By Dominic Hogan For Mailonline and David Charlesworth, Pa

England’s bid for a Commonwealth Games gold medal was ended after they fell agonizingly short in a nerve-jangling run chase against India at Edgbaston.

Set 165, which would have been their highest successful T20 chase on home soil, England needed 12 from the last two balls but Maia Bouchier could only get a single off the penultimate delivery.

There was little in the way of consolation when Sophie Ecclestone cleared the rope off the last ball as England lost by four runs, with India entering the final to face either Australia or New Zealand. 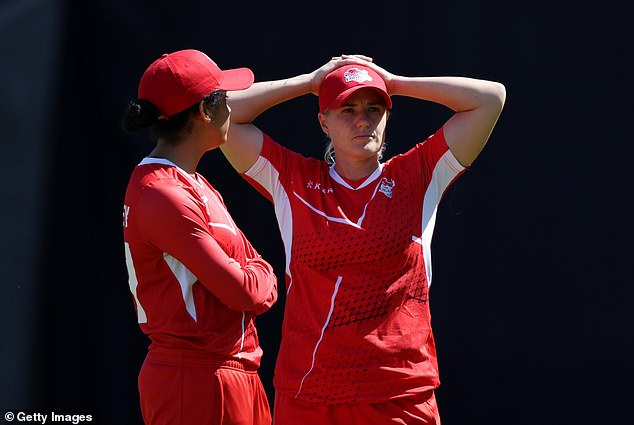 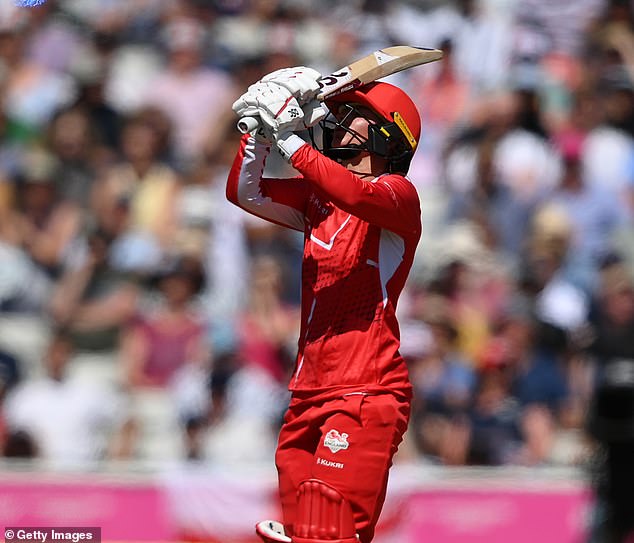 England must therefore dust themselves off for a bronze medal match on Sunday against the losers of the other semi and captain Nat Sciver admitted the prospect of defeat had not occurred to them.

‘I’m gutted. It’s such a small margin game, T20,’ said Sciver, who has been deputizing as skipper for the injured Heather Knight during the Games.

‘Any loss is tough to take, we obviously wanted to be in the gold medal match and hadn’t considered not (being in the final).

‘It will be a tough afternoon, probably a few quiet people but playing for a medal is something we’ve wanted to do ever since we heard about the Commonwealth Games. We’ll be out in full force for that.’ 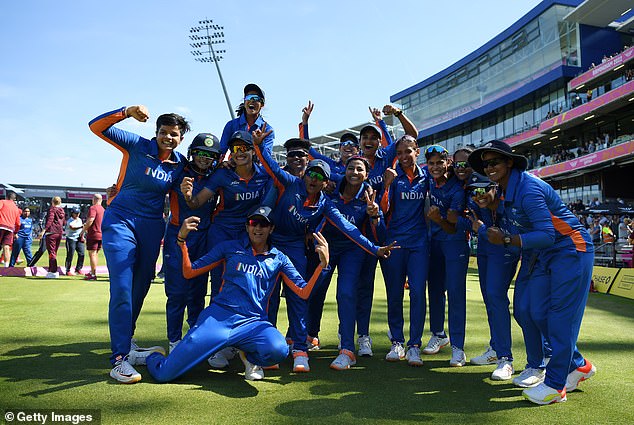