Tony Fadell led the teams that created the iPod, iPhone, and Nest Learning Thermostat. In his new book, Buildhe shares everything he’s learned about building great companies and game-changing products.

Listen to Tony’s appearance on the Next Big Idea podcast below, or read a few key highlights. And follow host Rufus Griscom on LinkedIn for behind-the-scenes looks into the show.

“The way you learn is through mentors.”

Rufus Griscom: I just put a copy of your new book, Build: An Unorthodox Guide to Making Things Worth Making, on the desk of my 17-year-old son. I’d say there’s a 50 percent chance that he reads it, Tony. But my pitch to him was: “The chapters are short. It’s full of outrageous stories. This guy led the teams that created the iPod and the iPhone. He’s diagnosed himself as having ADHD”—which seems to run in our family as well—”and he describes himself as a ‘mission-driven asshole.’ What’s not to like?”

And the reason I’m so hoping that my son reads the book is that I read it as a manifesto, a call to action to build cool shit. Don’t be a consultant. Don’t sit on the sidelines. Don’t accept the world as it is. Make it different. Make it better. Did you intend the book that way?

Tony Fadell: Absolutely. The whole goal was to write a book that if I was 20 years old I would want to read? What were the things that I’ve learned over the last 35 years? Who would be my mentor when I was 20?

The only reason I’m here talking to you now is because I had mentors along the route who helped me to process all the noise of the world, like Should I be making this hiring decision? Or Should I be making this funding decision? I had great mentors around me who helped to frame these decisions in very easy to understand terms, getting rid of all that noise and going, “This is simply what we’re trying to do here.” When you see it through those eyes, and you see it so simply, you’re like, “Oh yeah, now I know what to do.”

“Over time, the way you learn is through mentors.”

Over time, the way you learn is through mentors.

And so in this book, I’m honoring my mentors. I’m trying to honor the things that I learned from them—as well as what I’ve learned since then—and putting it together in one book to allow people to get a first order view of how to build yourself, your career, a product, a team, a company, and everything in between.

To get better at anything, you first have to fail at lots of things.

Rufus: I love your line, “I tried to build the iPhone twice. Everybody knows about the second time, the time we succeeded. Few people know about the first.” We tend, in our cultural histories, to edit out the failures.

Tony: For sure. And in BuildI try to go through a lot of failure.

“Most people—most successful entrepreneurs—aren’t successful until after they’ve failed for a long time.”

Rufus: When people think about you, what they think of is: iPod, iPhone, Nest Thermostat. Juggernaut of success. It takes a book like this to surface the fact that there was a huge amount of banging your head against the wall, a huge amount of trial and error—

Tony: For 10 to 15 years. And it was learning, right? It was “do, fail, learn.” Ultimately, everything fell into my lap when I was 31, but it was 15 years of failure before then. Not everybody is 20 and they build a billion dollar company. Most people—most successful entrepreneurs—aren’t successful until after they’ve failed for a long time.

When I was at General Magic, I was like, “I’m here with the Mac team.” All the press was saying we were going to trump Microsoft. We were the hottest ticket in Silicon Valley. You start believing it. And then, when the failure hits, it really hurts. General Magic was a huge failure in many respects, especially around the product, but then at Phillips, where I went and started a mobile computing group, we failed at sales and marketing because I didn’t know anything about that.

Each time you have to fail at different new subjects. That’s how you get to learn them. 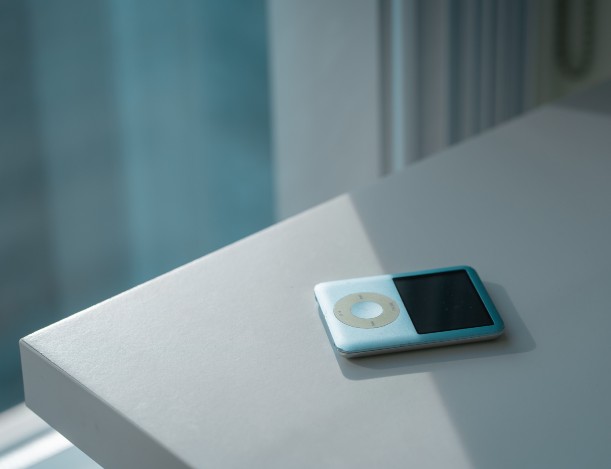 How Tony developed the first iPod in just 10 months.

Rufus: You spent four years at General Magic. You then went to Phillips as a young CTO. And at both places, you were really trying to build a precursor to the iPhone. You then started your own company, Fuse Systems, to build an MP3 player. Then, after the dot-com crash in 2000, you were in Colorado on a chairlift, and you got a call from Jonathan Rubinstein, Apple’s chief hardware engineer. He said they were looking for someone to help them build a small electronic device. And without missing a beat, you told him you were a wizard at doing that. You thought you were being invited to help build a handheld personal assistant, but pretty soon you realized that wasn’t the assignment.

Tony: Yeah. Fifteen minutes after signing the NDA as a consultant, I understood that what they wanted was “iTunes on the go.”

“When Apple called, I was like, Okay, I just need to brush up on a couple of things and throw together the design.”

Rufus: Effectively, Apple hires your entire team to build what turned out to be the iPod. Can you tell us about that journey?

Tony: When Apple called, I was like, Okay, I just need to brush up on a couple of things and throw together the design. That was the beginning of February. Six weeks later was the first pitch to Steve Jobs of what would become the iPod, and he greenlighted it to move forward. I signed on as an employee in the middle of April, and on my second day, I was on a plane to Taiwan to find a manufacturer for the iPod.

I couldn’t really hire anyone from inside Apple because they were all focused on the Mac, so I had to build the team from scratch. We also took a big license and bought the software that was Pixo, which was the user interface for the iPod. All of that stuff came together. We had this team of 30, maybe 35 people. And we worked night and day, threw it together and launched it at the end of October 2001.

So literally from Steve giving us the greenlight, which was the end of March, until the end of October was the development time.