Prosecutors welcomed the former business partner of Richard Molina, Julio Carranza, as a key witness to their case on Thursday morning. John Waits, a sergeant investigator with the Texas Attorney General’s Office assigned to investigate the defendant’s case, was one of the witnesses who exhibited physical evidence to the jury while explaining his investigation process.

Carranza held mixers at his company headquarters, Landmark, where Molina would speak to his employees to register for voting. He explained that the defendant encouraged him to change his home address in Pharr to his brother’s in Edinburg.

The witness said Molina told him, ‘Don’t worry about it.’

Carranza admitted to encouraging employees to become deputy voter registrars at the defendant’s request to help him win the election against opponent Richard Garcia.

Julio Carranza, former business partner to Richard Molina, swears in under oath before testifying to the jury on August 18, 2022. Progress Times photo by Maria Ruiz.

“He’s my business partner,” Carranza said. “Of course, we wanted to win at any cost.”

Attorney Michael Garza asked the entrepreneur if he did it for his gain.

“Did you have a business interest in him winning?” the attorney asked.

Defense Attorney Carlos Garcia asked Carranza if he would commit a crime if Molina asked him to.

“If Richard [Molina] asked you to commit a crime…that’s unlawful, illegal, and a crime. Would you do it?” Garcia asked.

If it were after the baptism of his child, Carranza would do it for his former business partner.

“At what level?” Carranza answered. “Yes, that’s how much I trusted him.”

After Carranza said ‘no’ to the act of robbery if Molina requested, the defense attorney questioned what crime he would commit.

Molina used the Palacios family and Mary Alice Palacios, the woman who filed the complaint that started this case, as an example to Carranza. “Everyone does it and that he wasn’t ‘gonna get caught.'”

Garcia reminded Carranza of the threats of the felony conviction and what it would do to him as an entrepreneur.

“You come here today after…the time you made the decision…and then you come and find out he beats the mayor. Then all of this attention comes out, and Mary Alice Palacios files a complaint against you, right?”

“And in hopes of them [the state and district attorney] tearing that piece of paper up and saying ‘Okay, you’re free to go, we want what we want,’ right?”

Carranza affirmed with a ‘correct’ once more before being dismissed.

Waits explained to the jury how he obtained records and information of the 40 people connected to the 2017 voting scheme.

Car registration, driver’s license database, and appraisal district documents were some of the records Waits obtained for the investigation. If information from an ID matched with the voter registration, Waits would filter them out. 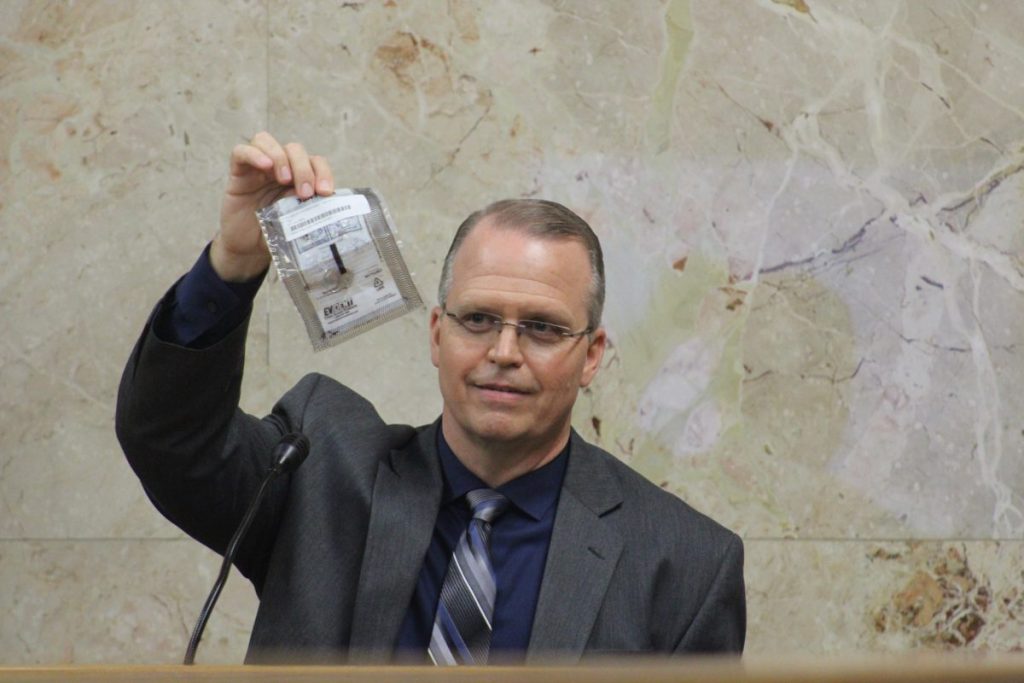 John Waits presents the key to Ray Molina’s apartment during testimony on August 18, 2022. According to witness Adolfo Cantu, former Edinburg Mayor Richard Molina instructed him to produce the key to law enforcement as proof that he was an Edinburg resident.

Garcia brought up the topic of witness Victoria Cochran, a Mission citizen who testified earlier that day, and questioned Waits in his interview with her at her residence.

“She described to you and told you all the way up to that interview…that it was ok,” Garcia said. “Halfway through the interview, you…told her: ‘Richard Molina lied to you.'”

Waits said he did not recall saying those words but also mentioned it would not surprise him if he did.

The witness interviewed 30 of the 40 individuals involved.

“Based on what you looked at it appeared as if they did not live where they put down their residence on a voter registration card. You remember saying that?” Garcia commented during the examination.

“No sir,” Waits said. “What I recall saying is that there was a probability that they have. It was not concluded by me prior to the interview.”

Waits went through the complaints at the start of the investigation, which included compact discs with pdf documents.

The compact disc was said to have documented records and was not tampered with, but signs showed that the items inside were not official.

Waits said that although the complainant was Palacios, it was not given to him directly and provided by the Texas Attorney General’s Office.

Garcia asked Waits why he made no effort to find Palacios’ motive for filing the complaint.

“We go with what is on the complaint,” Waits testified.

Waits did not document that Palacios lost her contract with the city of Edinburg after the defendant’s mayoral win, or that her brother was a municipal judge, and her nephew a district attorney.

“My goal was to objectively look at the complaint and then collect evidence that will refute or support the allegation,” said Waits.

Towards the end of his testimony, he showed the court the key that belonged to the apartment of the defendant’s brother, Ray Molina.

“What is the significance of that key in this investigation?” Garza asked.

“That key represents access to one of the apartment residences of the defendant’s relative,” said Waits.

“Was it used as a ploy? What is it used to deceive law enforcement?”

Waits answered yes to both before being further questioned and then dismissed. 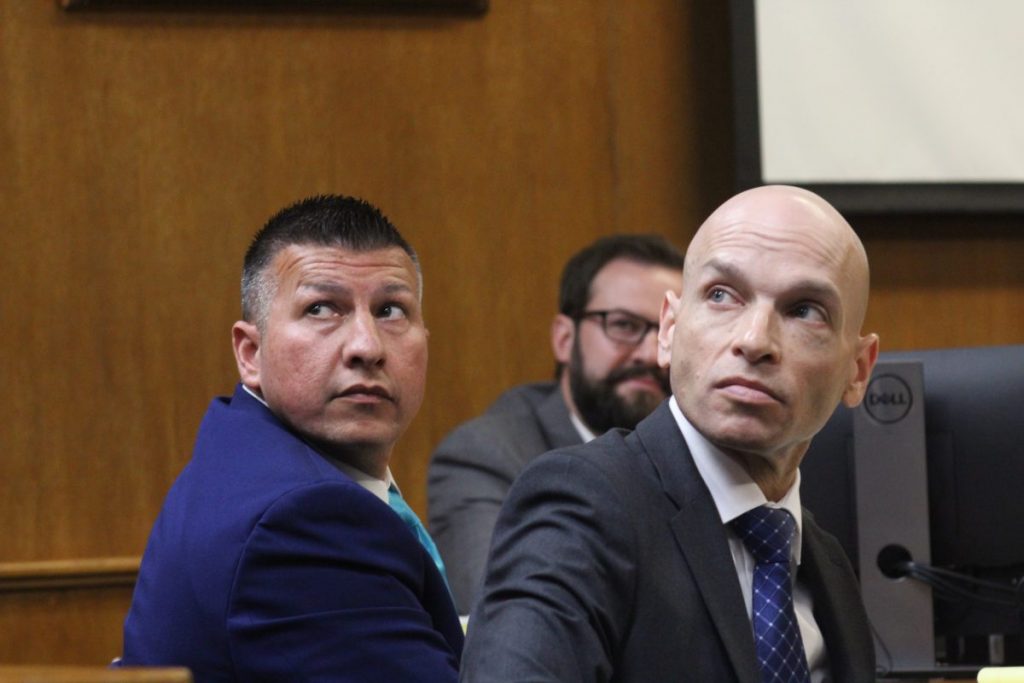 The defense attorneys filed a subpoena for District Clerk Laura Hinojosa and access to the criminal file for a sealed indictment of Richard Ramirez, a Border Patrol Agent who testified Tuesday morning.

The jury was not present in the courtroom during this discussion.

“This raises some serious concerns because the state was privy to information that is discoverable,” Defense Attorney Jaime Peña said.

However, there was a motion to quash the subpoena by Attorney for District Clerk’s Office Alex Benavidez, who was present with Hinojosa as she spoke to the judge.

“The issues that we argue affect the client directly,” said Hinojosa.

Judge Valdez requested the counsel to speak about the issue in chambers on record and denied the motion to quash.

After, Valdez dismissed the jury and welcomed them to continue hearing testimonies on Monday, August 22, 2022, at 10 am