Originally built in 1926 as an ornate waterfront hotel, the property formerly known as The Breakers, Long Beach is undergoing a $150 million restoration and renovation to become the first luxury boutique hotel in that Southern California city by October 2023.

For association groups, the hotel—now called Fairmont The Breakers—will fill a critical need: a home base for event VIPs. Steve Goodling, president & CEO of Long Beach Convention & Visitors Bureau, says that “Fairmont’s presence in Long Beach allows us to grow our convention market. Previously, certain conventions were not able to choose our destination because we were unable to offer a luxury boutique hotel.”

Fairmont The Breakers will offer 185 guest units, 26 of which are suites. There will be five food and beverage outlets, including the restored Sky Room restaurant on the 13th floor. Just above the Sky Room will be a rooftop bar and terrace (see image nearby) with 360-degree views of the Pacific Ocean and the Los Angeles basin.

A third-floor terrace pool will be set atop a luxury spa, the only one in Long Beach. In addition to a lobby restaurant and bar, there will be a jazz club and lounge on the ground floor. And for meetings away from the show floor, the hotel has 12,000 square feet of indoor and outdoor event space.

The Fairmont is across the street from the convention center as well as waterfront attractions including the RMS Queen Mary and the Aquarium of the Pacific. Also nearby is Pine Avenue’s restaurant row and the East Village Arts District. Shoreline Village at the downtown waterfront is a 10-minute walk from the hotel. 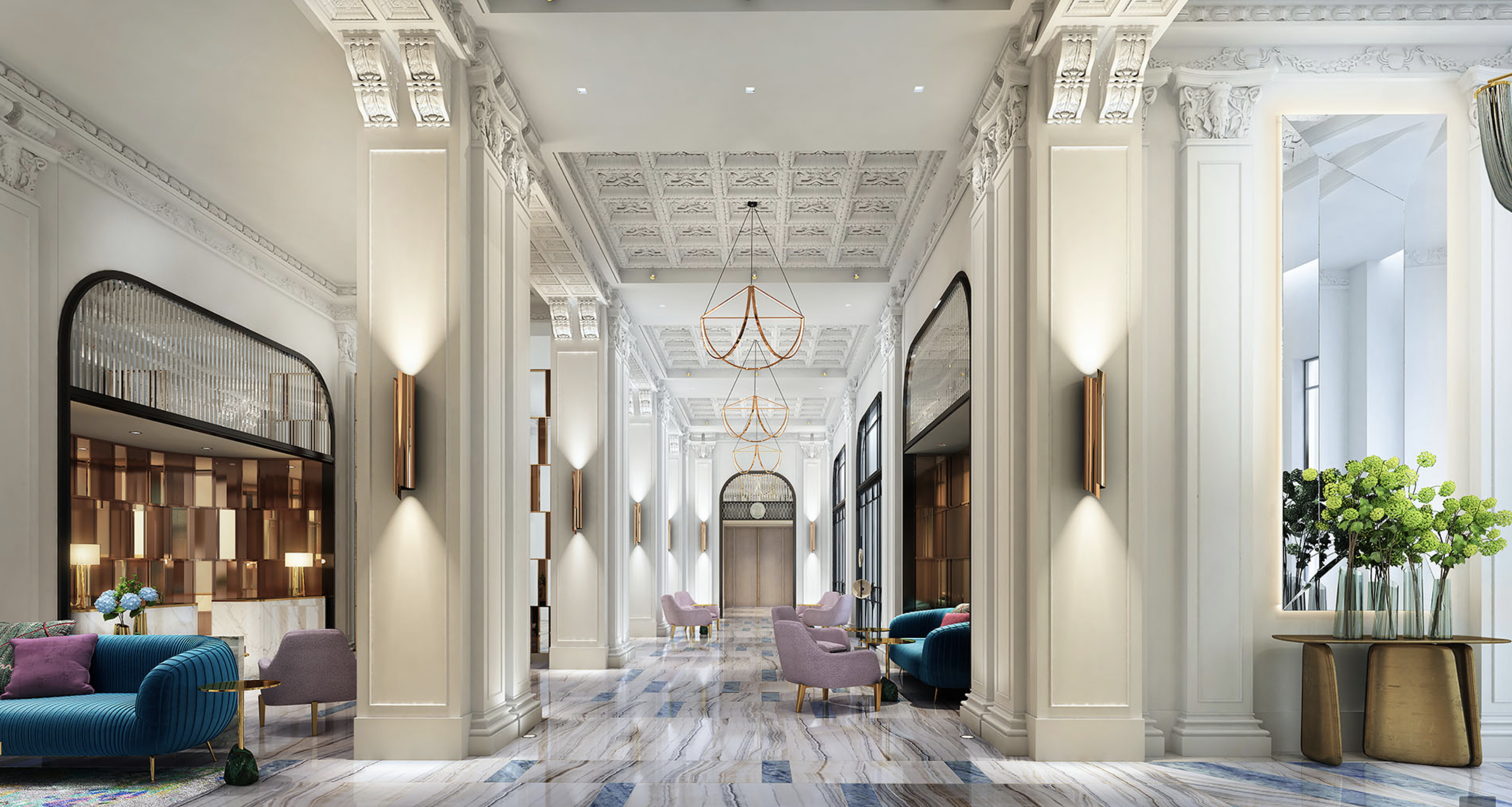