PLANT CITY, Fla. – Hillsborough County code enforcement workers recently held their annual “Signs Off Day.” They scoured the area to collect election and snip signs, which are signs that are illegally posted on public property.

In years past, they would immediately head to the landfill, because the polypropylene signs are extremely difficult to recycle. This year, a new partnership with NuCycle Energy gives these signs renewed life.

“We help companies divert waste from the landfill, and we use that waste to manufacture a fuel that then replaces the use of coal,” NuCycle Energy’s Kyle Pukylo said.

The Plant City company has collected an estimated 30,000 signs. They will join tons of cardboard, plastic and styrofoam, many coming from big-box stores like Walmart, Publix and Rooms To Go.

The raw material goes through a five-minute process, which features shredding, sorting, mixing and condensing. In the end, the raw material is transformed into what the company calls Enviro Fuel cubes. The 4×1 inch cubes burn as hot as coal and cost a quarter of the price.

“We sell our material to cement manufacturers and the utility industry, power manufacturers that are also looking to displace coal,” Pukylo said. 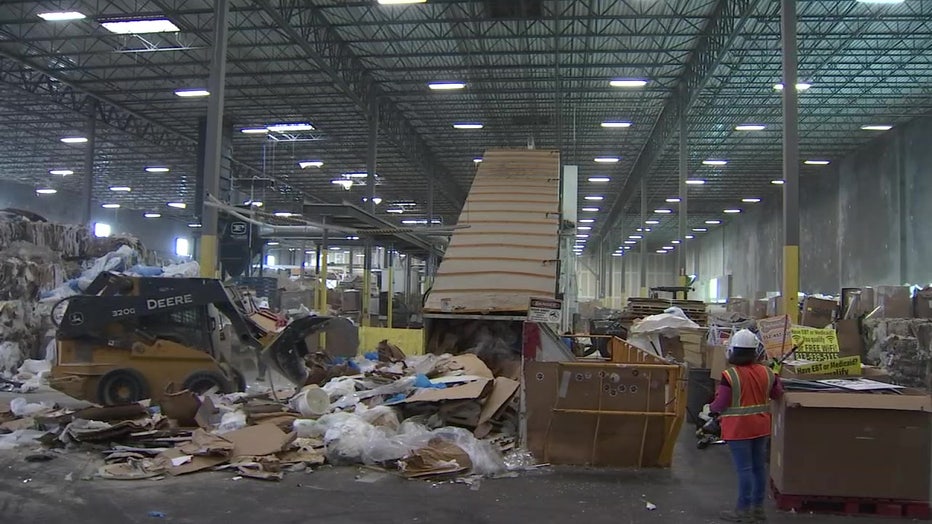 The plant processes around 10,000 tons of raw material a month. NuCycle currently works with Sarasota, Manatee and Orange counties. Pukylo said he hopes the company will add more Florida counties to that list.

“It’s exciting to see waste being removed from the right of way that we drive each and every day,” Pukylo said. “Hopefully that everybody considers that a win.”