The World Luxury Hotel Awards is a prestigious recognition for the best in the hotel industry. This year’s gala ceremony held recently in the Swandor Topkapi Palace, Antalya, Turkey, hosted more than 300 guests, hoteliers, and media representatives from all over the world.

At this glittering event, the prestigious World Luxury Hotel Awards 2022 award for best general manager in the area of ​​Southern Europe went to Ivica Max Krizmanić from Zagreb. This significant international success is the crowning achievement of his impressive career and a great honor for the Esplanade Hotel and the city of Zagreb.

This year, Ivica Max Krizmanić is marking a round 30 years of work at the Esplanade Hotel and exactly 10 years as the hotel’s General Manager, which makes him one of the longest serving managers at the Esplanade. The merits of his work have been recognized at the international level, where he has already been awarded for his success. In the year 2018 he was awarded the prestigious international Five Star Diamond Award for excellence in the hotel industry, and in 2021 he received the Fest – Antonio Conte Charter for his professional excellence, creativity, achieved results, exceptional contribution to the promotion of Croatian tourism, and improvement of collaboration in the tourism industry. 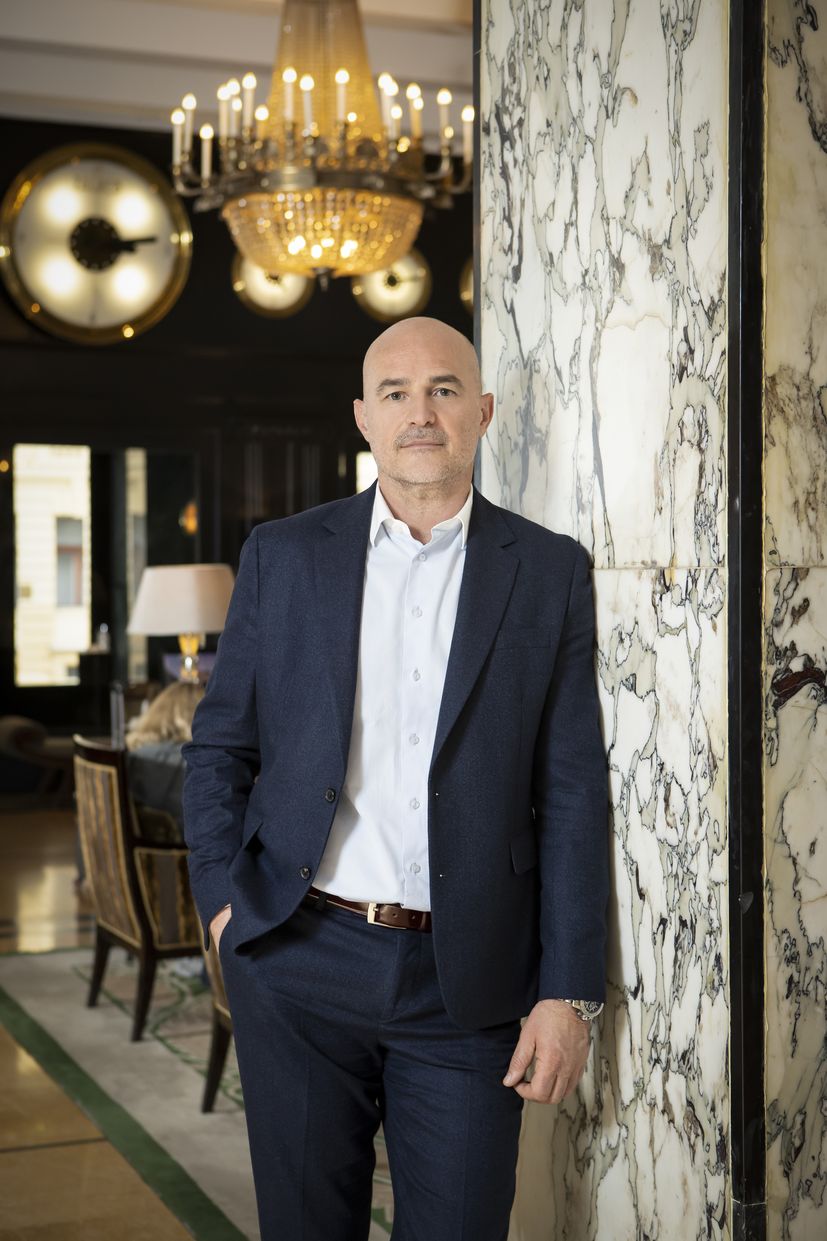 In addition to holding the position of hotel General Manager, Ivica Max Krizmanić holds numerous other important positions. He is a member of the Council of the Tourist Board of the City of Zagreba member of the assembly of the Croatian Tourist Boardan honorary member of FIET (Croatian Association of Tourism Journalists and Writers), a member of SKALa member of the Chaîne des Rôtisseurs international gastronomic society, a member of the organizing committee AmCham Talents and mentor to future professionals, Ambassador of Knowledge at the Life Learning Academy, and a prominent member, for many years, of EHMAthe prestigious European Hotel Managers Association.

Krizmanić’s contribution is best perceived in the successful business of the Esplanade Hotelwhich, year after year, under his directorship reports constant growth and increase in incomeas well as the continued successful maintenance of the hotel’s image as an esteemed catering and hospitality institution. 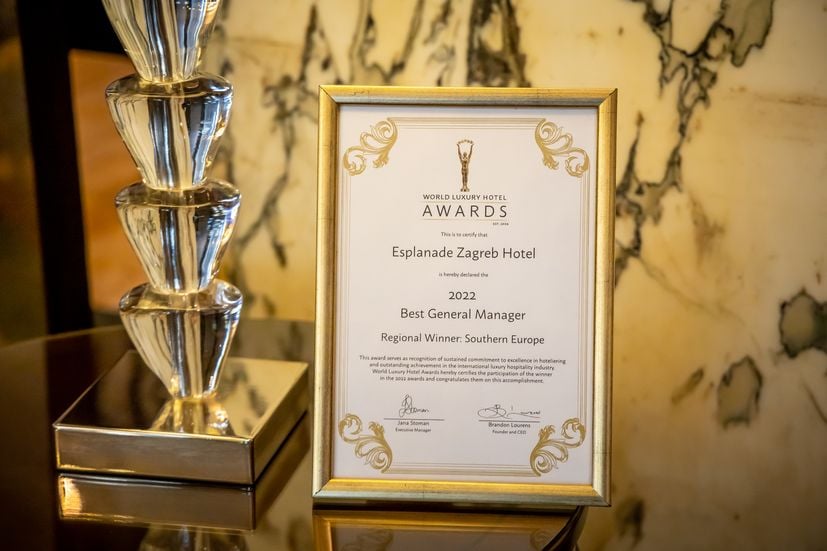 With his charm, sincere smile, and cheerful spirit, he has won over the hotel staff, many renowned guests and clients, as well as the diplomatic protocol. He has had the opportunity to shake hands with and host the highest-ranking world states people and members of royal families such as King Charles, the King and Queen of Swedenthe Danish Queen and Prince, the Japanese Prince and Princess, the French President Emmanuel Macron, Nancy Pelosi, Hillary ClintonTurkish President Recep Tayyip Erdoğan and Angela Merkeland others, and even people from the world of showbiz like Shakira, U2, Sting, Depeche Mode, Ennio Morricone, Robbie Williams, David Beckham, and many other famous people, some of whom have left him with interesting stories to tell.

The career path of the Esplanade’s General Manager Ivica Max Krizmanić is truly impressive. He was only three years old when he first set foot in the Esplanade, only to remain there to this day. Namely, quite by chance, he continued the family tradition of his father Ivan, called Max, a nickname he himself later inherited, who worked at the Esplanade for 30 years. Ivica Max Krizmanić grew up in Zagreb and is a mechanical technician by profession.

Ivica Max Krizmanić was educated at the management schools of the Rezidor Hotel Group, as well as at Cornell University, Ithaca NY, USA. After holding numerous high-level positions at the hotel, in 2012 Ivica took over the management of the Esplanade. The success of his business management is reflected in the fact that he is especially valued as a person and a professional. 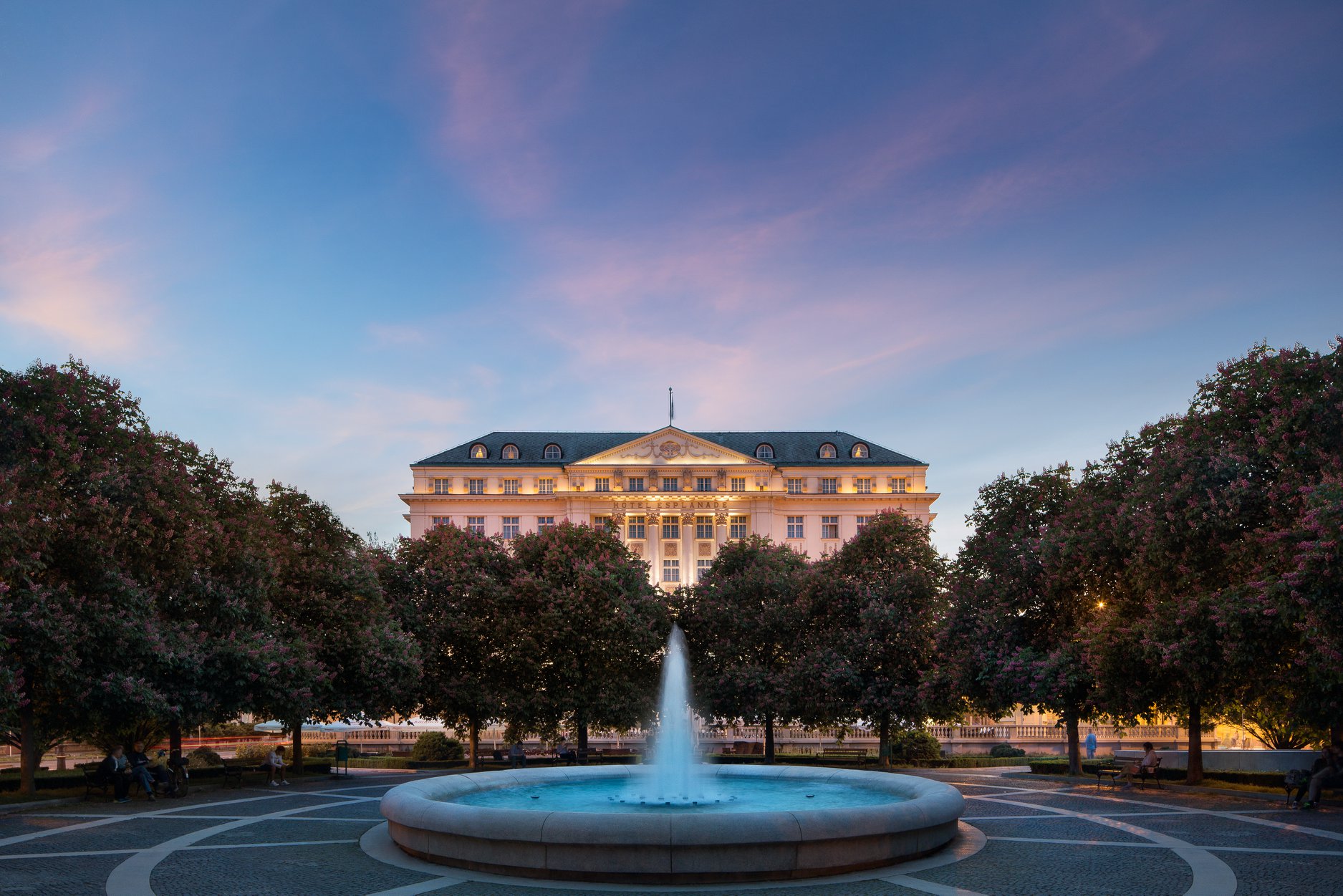 Even when not physically at the Esplanade, he lives the hotel 24 hours a day. He is fully dedicated to his job, and after 30 years of work he knows the hotel inside out – from the basement to the roof. He has set up the Esplanade as we know it today, and runs the hotel according to the highest international standards.

He constantly introduces new trends and technologies into the business, all with the aim of improving and modernizing the business and attracting new generations of guests. He is surrounded by a team of professionals, while constantly striving to provide discreet, personalized, and friendly service to guests who are happy to return to the Esplanade. 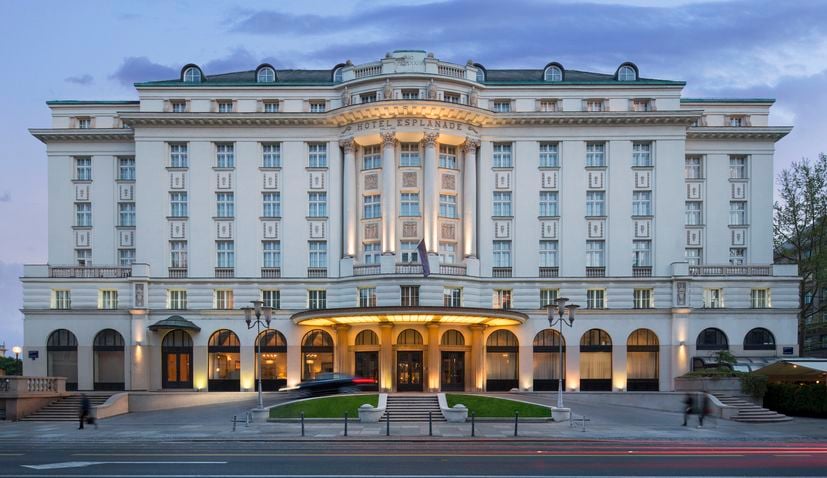 Ivica Max Krizmanić, General Manager of the Esplanade Hotel, added: “I can say that I am surprised, I did not expect that this great international recognition would go to me. It is a special honor for me and certainly motivation to achieve even better results in my future work. I am glad that I built my career at the Esplanade Hotel, which is the pride of Croatian tourism. And above all, I would like to dedicate this award to my colleagues, who are the crucial links for the overall functioning and successful business of the Esplanade Hotel.“ 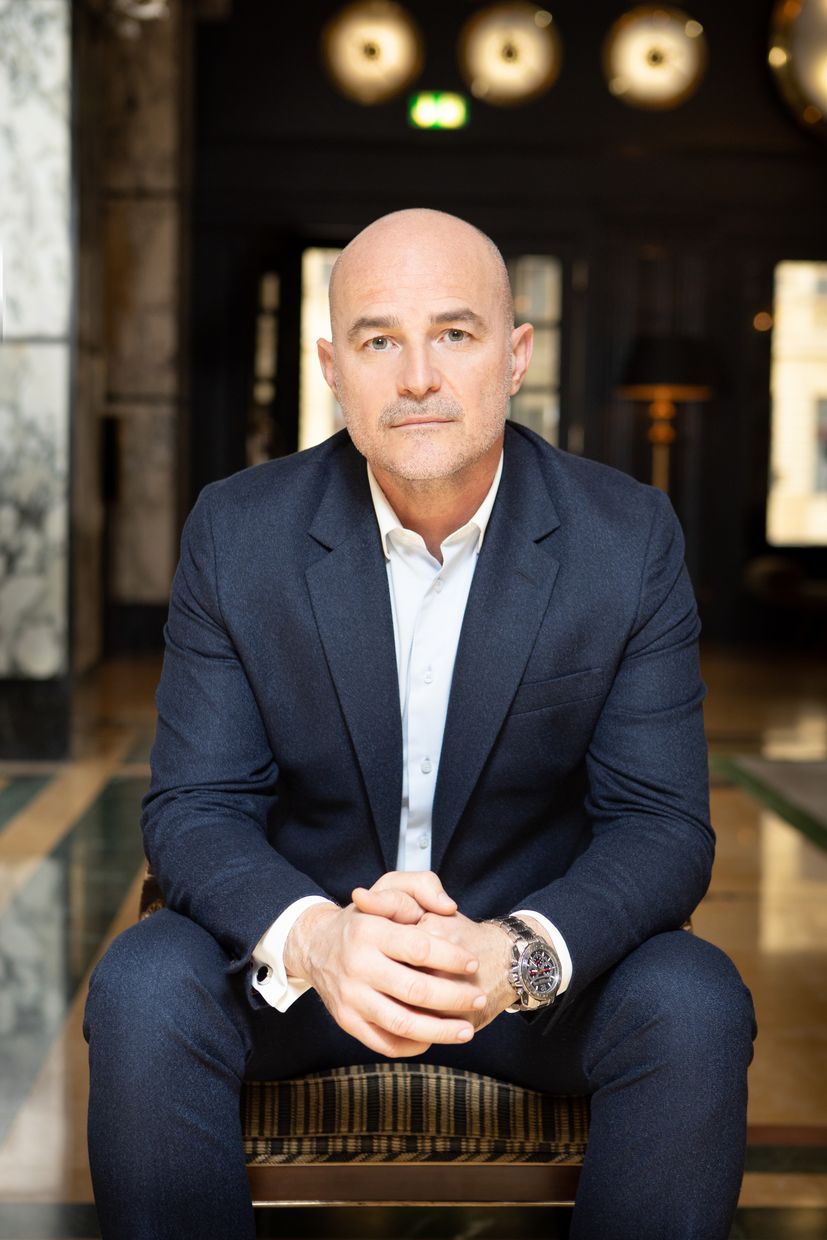 World Luxury Hotel Awards is one of the highest recognitions for continuous commitment to excellence in the hotel industry and for outstanding achievements in the international luxury hotel industry. World Luxury Awards is a prestigious recognition that year after year awards hotels, wellness centers, restaurants, and travel destinations for service excellence at a world-class level. The awards are presented nationally, regionally, continentally, and globally, and winners are chosen through public online voting, thus providing genuine and authentic recognition that reflects the hard work and dedication of the entire team and staff. In 2011, it was the Esplanade Hotel that hosted the ceremony of the 2011 World Luxury Hotel Awardsand the hotel itself has received repeated awards for excellence, architecture, and gastronomy. www.worldluxuryhotelawards.com