Storms began to affect the area in the early afternoon hours, after a tornado watch was issued just before 2 pm

The strongest storms affected the Stateline at around 5 pm, causing wind damage and some tornadoes.

The National Weather Service in Chicago says 80 MPH straight-line winds caused significant damage near Broadway and 9th St. in Rockford. Authorities say that there are 2 single-family homes in the area. 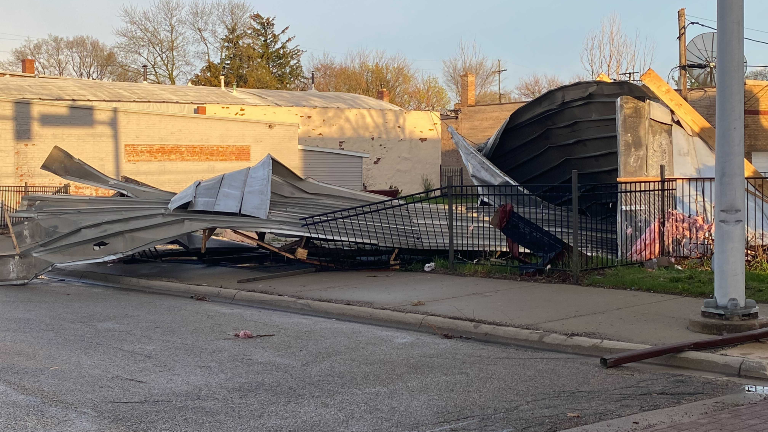 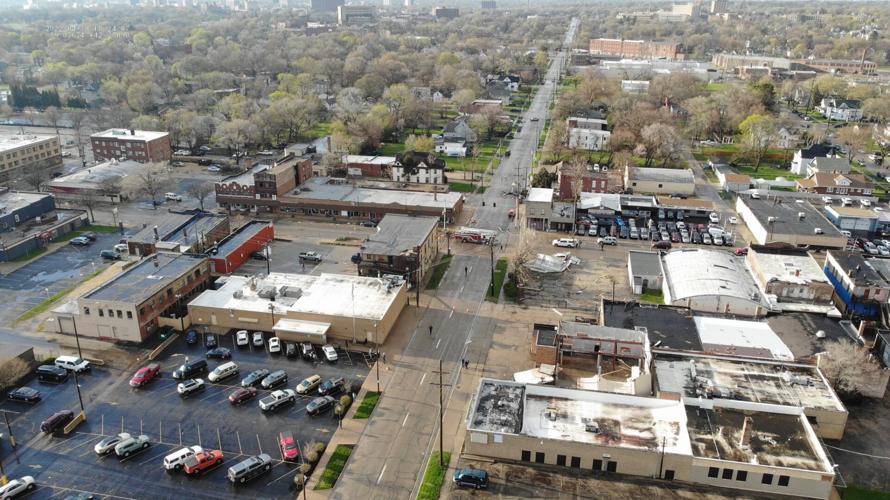 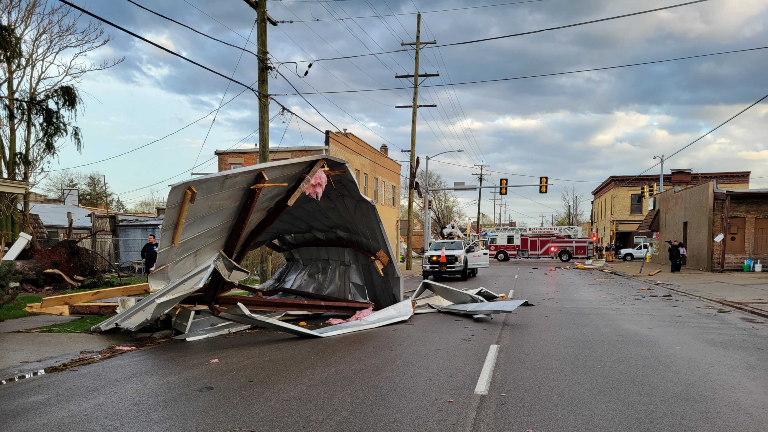 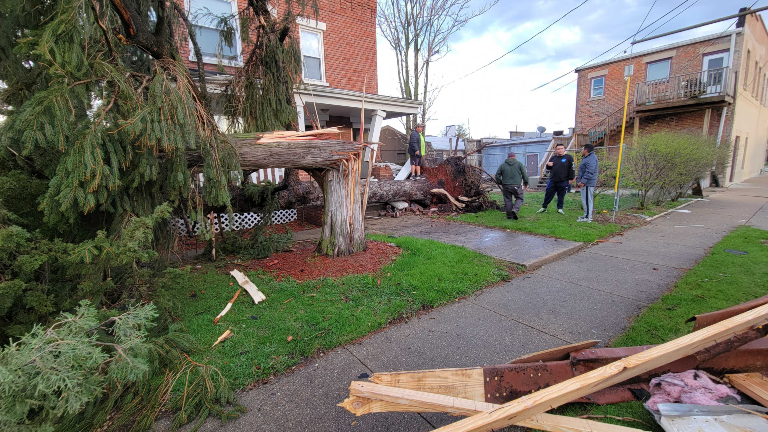 Tree snapped in half due to severe storm 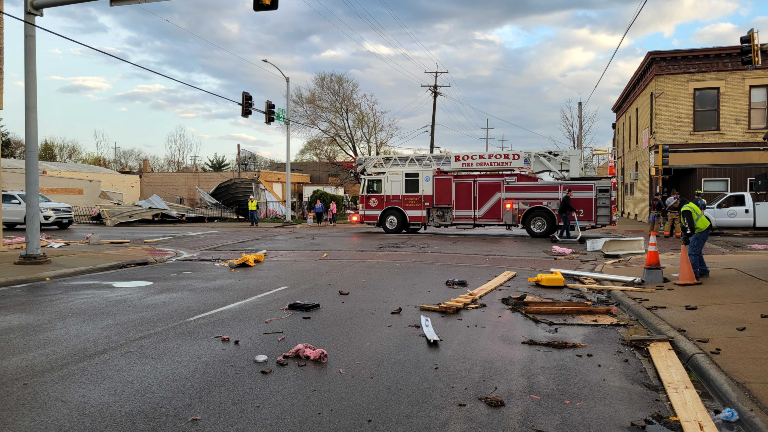 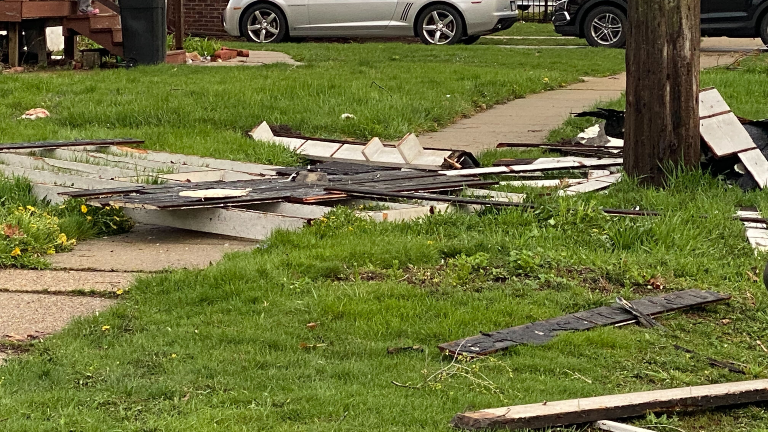 Building debris on sidewalk near Broadway and 9th St. 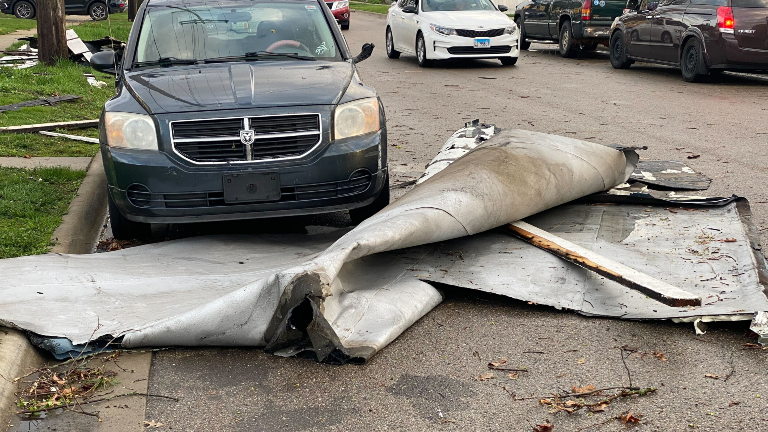 Tree snapped in half due to severe storm

Building debris on sidewalk near Broadway and 9th St.

A metal roof was torn off a building along 9th St. south of Broadway, causing two of the exterior walls to collapse, according to the Rockford Fire Department and the National Weather Service. Trees and power lines were also blown down in the strong winds.

The National Weather Service confirmed the EF-0 tornado that touched down in the Candlewick Lake community. The tornado was only on the ground for about a minute, bringing a maximum southeast of 80 MPH with a damage path of 0.5 miles.

Mostly as a waterspout on Candlewick Lake, but the NWS says damage was noted on both sides of the lake. Several trees were snapped or uprooted and floating boat docks were thrown across the lake, according to the NWS and local emergency management.

Late Saturday night, the National Weather Service says they were able to confirm another tornado in northern Boone County. The NWS says they received two photos which confirmed a brief tornado in the open field near the intersection of Coon Trail Rd. and Capron Rd., just south of the Wisconsin state line between Capron and Sharon, Wis. With no known damage caused by the tornado, the NWS is rating the tornado from the EF-U (EF-Unknown).

Outside of the Rockford area, another tornado was confirmed in the Chicago suburb of Oak Brook in DuPage County. The tornado, given an EF-0 rating, was detected by radar and spotters on the ground. The tornado lasted for about three minutes on a path length of 1.9 miles. Trees were uprooted and the roof of a building was partially blown off.

Thousands of people were left without power throughout northern Illinois and southern Wisconsin after the storms. As of Sunday morning, power has been restored, according to ComEd.

Saturday serves as a reminder that we are in the heart of severe weather season. Make sure you have a plan for when severe thunderstorms or tornado watches and warnings are issued. Learn more about what you can do to prepare for severe weather.