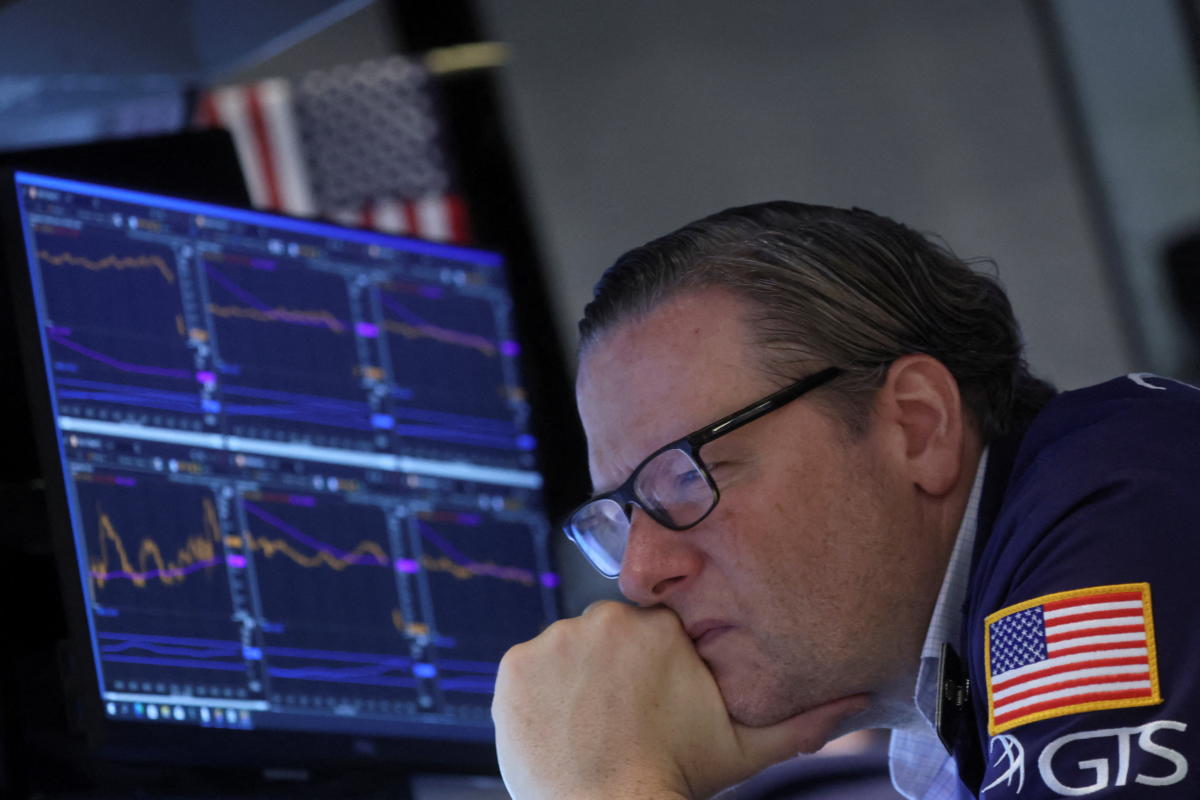 US stocks were lower, but barely changed, on Wednesday, with none of the three major averages logging changes larger than 0.2%

All three averages had fallen more than 1% at the opening bell, initially suggested we’d see some give back on Wednesday after each of the three major indexes rose more than 2% to start the trading week. Last week, the S&P 500 fell some 5.8%, the most since March 2020.

The price of crude oil was under pressure on Wednesday, however, falling 3.7% to settle at $ 105.50. In the last five days, the price of crude oil has dropped over 10%, falling from north of $ 118 per barrel as of last Thursday. Since June 8, energy stocks as tracked by the S&P SPDR ETF XLE are down nearly 20%.

Bitcoin (BTC-USD) continued to hold over $ 20,000 on Wednesday morning, but forfeited some gains seen during Tuesday’s trading session.

The world’s largest cryptocurrency is attempting to repair damage from a weekend sell-off that saw the price of bitcoin fall below $ 18,000 for the first time since 2020.

On Wednesday, the Federal Reserve was again the centerpiece of the investing conversation, with Fed Chair Jerome Powell testifying before the Senate Banking Committee.

In prepared remarks ahead of taking questions from lawmakers, Powell said the Fed is “strongly committed” to bringing down inflation, a slight change in wording from Powell’s statement last week that the central bank’s fight against inflation is “unconditional.” During his comments before lawmakers on Wednesday, Powell said a recession in the US remains a “possibility” and said a soft landing would be “very challenging” to achieve.

Powell’s testimony also comes a week after the central bank raised interest rates by 0.75%, the most since 1994 amid multi-decade highs in inflation.

Elsewhere in Federal Reserve commentary, Philadelphia Fed Chairman Patrick Harker told Yahoo Finance in an interview that he is “starting to see some signs of demand softening” amid the Fed’s current rate increases. Harker added that he believes the Fed must bring interest rates above the neutral rate – which he estimates as 2.5% – by the end of this year, and that the economy may see a “couple of negative quarters” of GDP growth amid these rate increases .

The Fed’s more aggressive stance on fighting inflation has resulted in a series of Wall Street banks revising economic forecasts and increasing their expectations that the US economy will tip into recession.

Economists at Citigroup on Wednesday became the latest Wall Street firm to offer a new outlook, suggesting the odds of a recession are nearly 50-50.

Powell’s appearance on Capitol Hill also came as the Biden administration continues to seek its own remedies for inflation, which has dimmed the President’s political prospects ahead of the mid-term elections this fall.

In a speech on Wednesday afternoon, Biden called on Congress to suspend federal and state gas taxes through September.

Click here for the latest stock market news and in-depth analysis, including events that move stocks

Read the latest financial and business news from Yahoo Finance

Download the Yahoo Finance app for Apple or Android